Last month, director Jon Favreau posted a picture via twitter of Daniel Craig‘s shadowy silhouette in his Zeke Jackson costume during a lighting test for Cowboys & Aliens. Now, Favreau has posted the first picture from the set during a night shoot on the film. Check out the picture below! 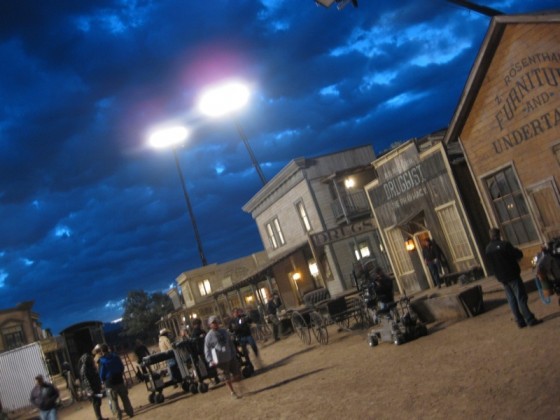