First Look: Ryan Reynolds and Kevin Bacon On the Set of R.I.P.D.

Earlier this month, we brought you a sneak peek via fan cam at Marisa Miller and James Hong filming a scene of Universal’s adaptation of R.I.P.D. at Boston’s Fenway Park. With production in full swing, we hope to see more and more sneak peeks from the set of this comic book adaptation.

Now, thanks to Celebuzz we have our first look at Ryan Reynolds and Kevin Bacon on the set of R.I.P.D., along with a nearly scene-stealing Dodge Challenger. Reynolds plays a cop killed in action who is recruited to an undead police force.

Check out the pics below! 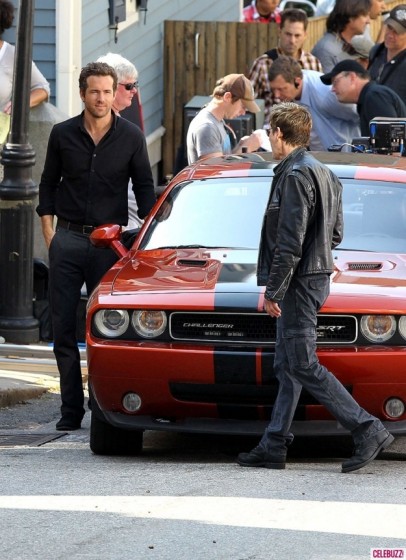 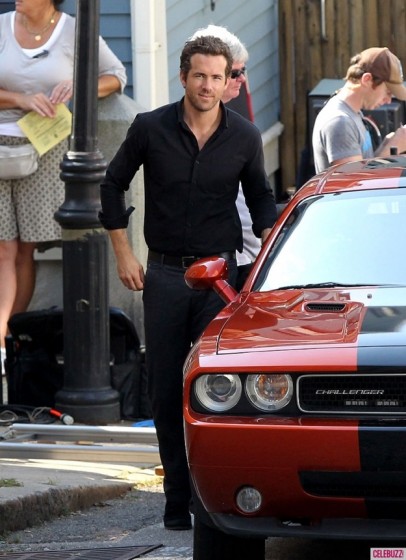 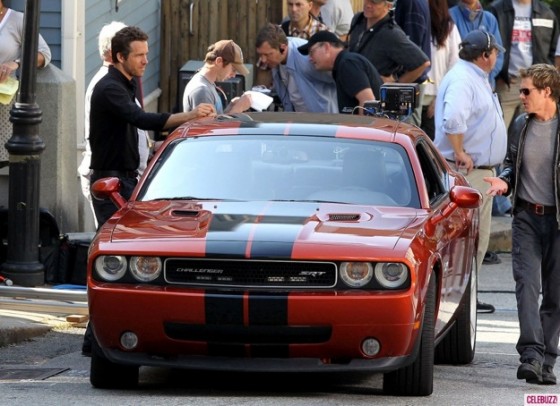 R.I.P.D. stars Ryan Reynolds who is partnered up with Jeff Bridges as undead cops of the Rest In Peace Department. The film is based on Peter M. Lenkov’s graphic novel of the same name, published by Dark Horse Comics. Robert Schwentke (Red) is directing the project, based on a script by Phil Hay and Matt Manfredi.