Disney Animation’s Rapunzel is scheduled to hit theaters November 24, 2010. Directed by Byron Howard & Nathan Greno (the co-director and head of story on Bolt), this new telling of the classic fairy tale, will transport audiences “to a stunning CG fantasy world complete with the iconic tower, an evil witch, a gallant hero and, of course, the mysterious girl with the long golden tresses. Expect adventure, heart, humor, and hair, lots of hair.”

Disney’s new Rapunzel picks up with the princess, famous for her 70 feet of golden hair, after she’s been stolen from her parents’ castle as an infant and imprisoned. Now a teenager, she escapes and goes on the run with a bandit as her captor pursues them. The princess is voiced by singer turned actress Mandy Moore who previously stated her enthusiasm about being a part of Disney history. She describes her version of the character as “the quintessential sassy, feisty Disney heroine. She’s quite modern, quite a curious girl as well.”

This image (scanned from the magazine Studio Cinelive) featuring Rapunzel (Mandy Moore) and the “dashing bandit” Flynn Rider (Zachary Levi) shows us just how mischievous this new incarnation of Rapunzel can be. 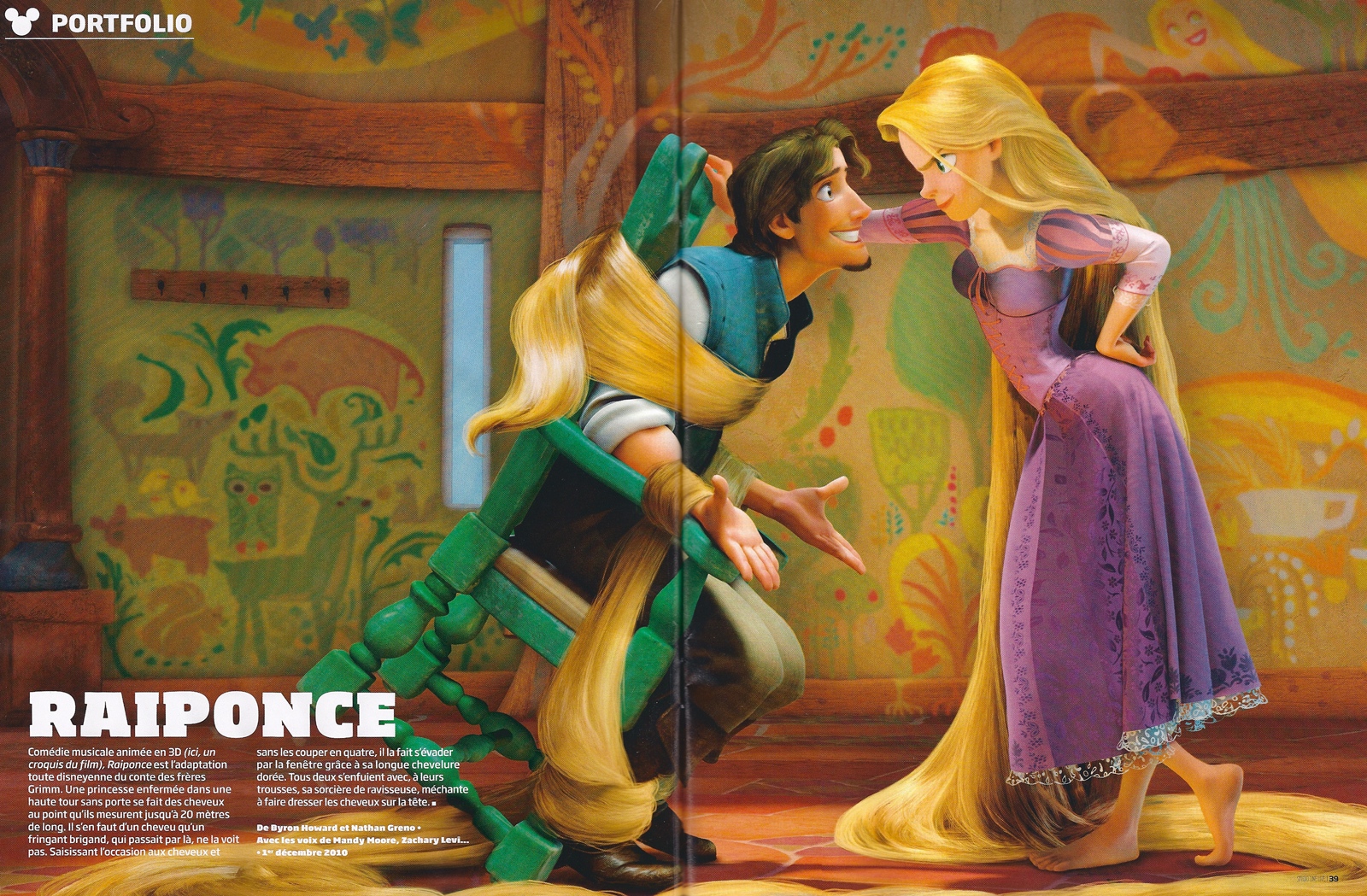 While this is a computer animated film, Previous director Glen Keane developed a new look which is said to feel more like a traditional hand-drawn Disney Classic, but in 3D.

The film uses a rendering technique which will make the surface look like it is painted but still containing depth and dimensions of a 3-D/CGI film. The movie’s visual style is being based on French Rococo artist Jean-Honore Fragonard’s painting “The Swing”.