Back in January, we brought you a behind the scenes image of the time machine from the set of director Rian Johnson‘s forthcoming sci-fi/action film Looper, starring Bruce Willis (Red), Joseph Gordon-Levitt (The Dark Knight Rises), Emily Blunt (The Five-Year Engagement), Jeff Daniels (Howl), Piper Perabo (Covert Affairs), Noah Segan (All About Evil) and Paul Dano (For Ellen, Cowboys & Aliens).

At this past weekend’s WonderCon, the trailer for the film premiered and should be hitting the web any day now. In the film, Gordon-Levitt plays a killer for the mob whose latest target is his future self, played by Bruce Willis. Now, we have a couple of pictures from the film, showing Gordon-Levitt fully made up to look more like a younger version of Willis.

Check them out below, along with a video interview from the folks at iamRogue, who interviewed Joseph Gordon-Levitt and director Rian Johnson about the film at WonderCon. 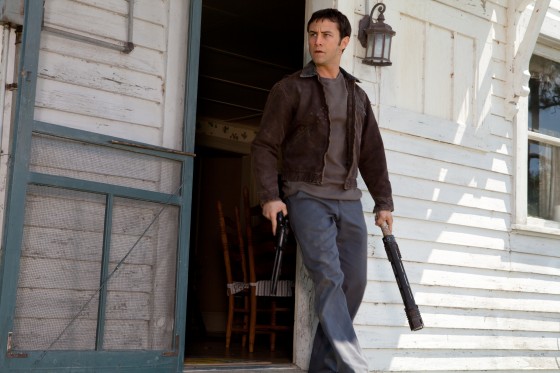 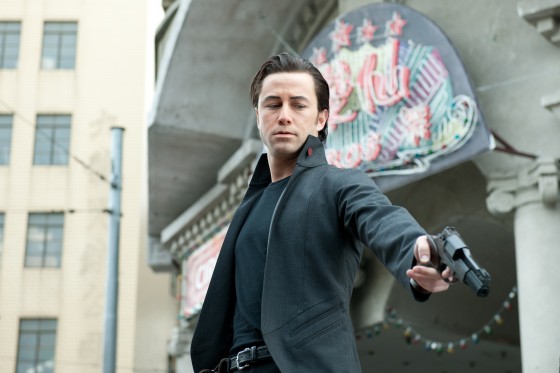 In the futuristic action thriller Looper, time travel will be invented – but it will be illegal and only available on the black market.  When the mob wants to get rid of someone, they will send their target 30 years into the past, where a “looper” – a hired gun, like Joe (Joseph Gordon-Levitt) – is waiting to mop up.  Joe is getting rich and life is good… until the day the mob decides to “close the loop,” sending back Joe’s future self (Bruce Willis) for assassination.  The film is written and directed by Rian Johnson and also stars Emily Blunt, Paul Dano, and Jeff Daniels.