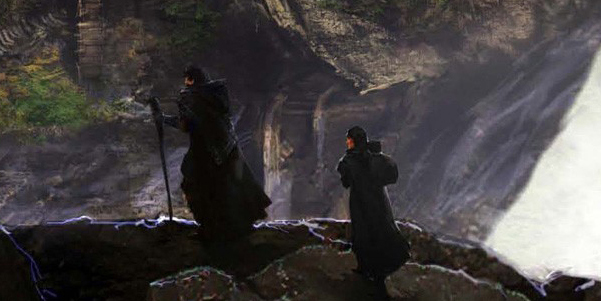 Last spring, we reported Jeff Bridges’ casting in Warner Bros. and Legendary Pictures’ big-screen adaptation of Joseph Delaney’s young adult series The Last Apprentice (aka The Wardstone Chronicles in the UK). Now, we have official news from Warner Bros. Pictures that production has begun on this project, titled The Seventh Son, which also stars Julianne Moore and Ben Barnes and have a first look at concept art for the film.

Check out the official press release and concept art below! 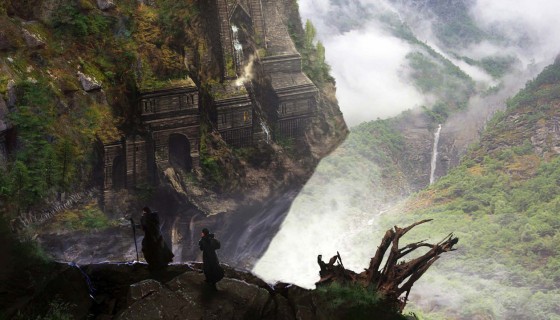 This concept art gives us an idea of the scale of what they’re going for in this adaptation. It is indeed a good sign for an epic battle against good and evil!

In a time long past, an evil is about to be unleashed that will reignite the war between the forces of the supernatural and humankind once more. Master Gregory (Jeff Bridges) is a knight who had imprisoned the malevolently powerful witch, Mother Malkin (Julianne Moore), centuries ago. But now she has escaped and is seeking vengeance. Summoning her followers of every incarnation, Mother Malkin is preparing to unleash her terrible wrath on an unsuspecting world. Only one thing stands in her way: Master Gregory.

In a deadly reunion, Gregory comes face to face with the evil he always feared would someday return. Now he has only until the next full moon to do what usually takes years: train his new apprentice, Tom Ward (Ben Barnes) to fight a dark magic unlike any other. Man’s only hope lies in the seventh son of a seventh son.

Bodrov is directing the film from a screenplay by Matt Greenberg, Charles Leavitt and Steve Knight, based on the book The Spook’s Apprentice by Joseph Delaney. “Seventh Son” is being produced by Basil Iwanyk (“The Town,” “Clash of the Titans” upcoming “Wrath of the Titans”), Thomas Tull (“Inception,” “The Dark Knight” upcoming “The Dark Knight Rises”) and Lionel Wigram (“Sherlock Holmes: A Game of Shadows,” the “Harry Potter” films). The executive producers are Jon Jashni, Brent O’Connor and Alysia Cotter, with Jillian Zaks and Erica Lee serving as co-producers.

“Seventh Son” will be filmed entirely on location in Vancouver, British Columbia, Canada.

No official release date has been announced for Seventh Son.