Syfy has announced that the great game/series crossover Defiance is set to return to production in Toronto next week for Season 2. Along with that announcement comes the first information about new and returning cast and production, starting with James Murray as Mayor Pottinger. Ooo. He was the dishy Stephen from when-it-was-great Season 1 and 2 of Primeval.

But wait, there’s more – “Grant Bowler returns as Nolan, along with … Stephanie Leonidas as Irisa Nolan, Tony Curran as Datak Tarr…” Okay, we saw Nolan revive, which explains how he can return, but Irisa, what the heck did she turn into? Apparently still Irisa, so that’s good news. And excellent, Tony Curran will be back as Datak, so… how will he get out of the blood-covered mess he was in?

For the latest information about what will be going on in our favorite post-terra-formed-over version of St. Louis when we return to it next June, check out the press release:

NEW YORK, NY – August 6, 2013 – Production will commence August 12 in Toronto, ON for the 13-episode second season of Syfy’s highly-rated Defiance, featuring new cast addition James Murray as Mayor Pottinger. The most ambitious project in Syfy’s 20-year history, and produced by Universal Cable Productions, season one of Defiance delivered an average of 1.5 million viewers 18-49 and 3.2 million total viewers, ranking as the second-highest Syfy scripted original to date among total viewers based on Live +7 data (behind Warehouse 13 in September 2009). The season one finale on July 8 earned a solid 1.6 million viewers 18-49 and 3.4 million total viewers. .

As the story of Defiance resumes, the lives of the townspeople are in drastic turmoil. The Earth Republic has assumed control of the town, with far-reaching consequences including a new mayor. Nolan traverses the badlands to find a lost Irisa, Amanda has an unexpected new role in the town as she searches for Kenya and the Tarr family desperately tries to keep control of their criminal empire in the midst of dramatic changes. 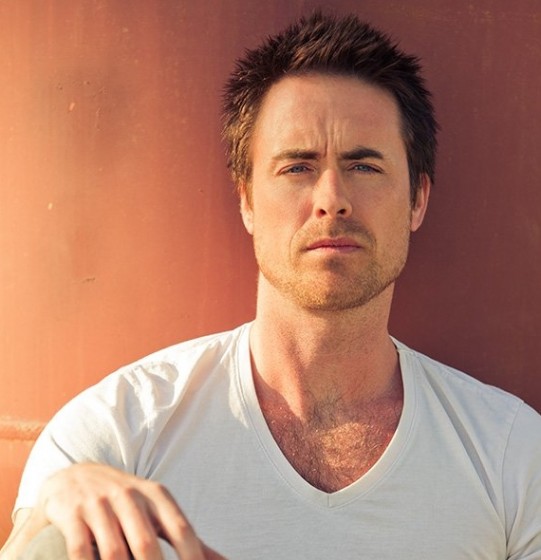 James Murray joins the cast in the integral role of Pottinger, the new mayor of Defiance. Appointed by the Earth Republic, Pottinger is shrewd, polished and charming; he quickly wins the trust of most people he meets. But his civilized veneer hides a ruthless pragmatist who traffics in information and secrets, and mercilessly punishes those who defy him. Pottinger sees people as tools to be exploited or prizes to be won; his latest object of desire is ex-mayor Amanda (Benz). Born in Manchester, England, Murray found initial fame in ITV’s soap opera Coronation Street as Sandy Hunter. He has starred in numerous British film and television pieces including the popular BBC series New Tricks. He also appeared on the NBC series Beautiful People and CBS’s Chaos.

Season two of Defiance is set to premiere on Syfy in June 2014. The series is an unprecedented partnership between Syfy and Trion Worlds and the first-ever convergence of television and online gaming, featuring an interconnected world and storylines that co-exist on both platforms.

Syfy is a media destination for imagination-based entertainment. With year round acclaimed original series, events, blockbuster movies, classic science fiction and fantasy programming, a dynamic Web site (www.Syfy.com (http://www.syfy.com/)), and a portfolio of adjacent business (Syfy Ventures), Syfy is a passport to limitless possibilities. Originally launched in 1992 as SCI FI Channel, and currently in more than 98 million homes, Syfy is a network of NBCUniversal, one of the world’s leading media and entertainment companies. (Syfy. Imagine greater.)