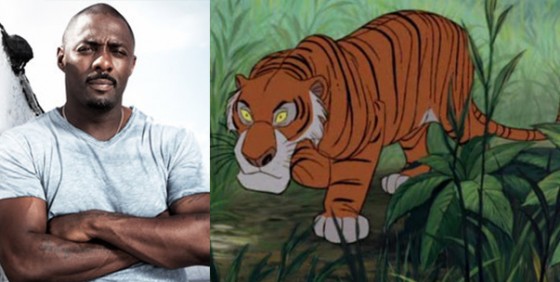 In the Disney vs. Warner Bros. attempt to see who can release their version of a live adaptation of The Jungle Book first, Disney is maintaining their lead with in-place director, Jon Favreau, and is now first to the casting mark.

According to Deadline, Idris Elba (Thor: The Dark World) is in talks to be lending his voice to the killer tiger Shere Khan as a VFX character that is being overseen by Rob Legato of Avatar and Hugo.

Warner Bros. continues to lag behind, not having cast anyone nor deciding on a director, though Ron Howard seems to be first pick as we reported previously.

We’ll be sure and keep you posted on the latest for both adaptations.