Featurettes, Clips and More Make Us Hungry for the Next THE WALKING DEAD 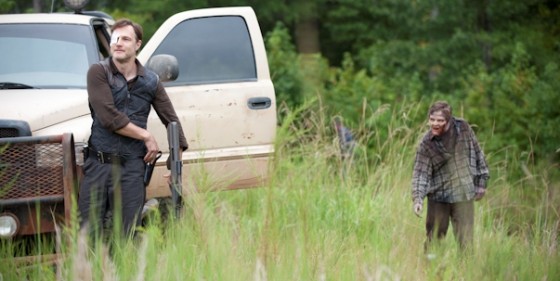 Last week’s episode of The Walking Dead was arguably even better than the midseason premiere. A shocking death that kicks off one of the most epic battles we’ve ever seen, plus Daryl and Merle, Rick and Lori, and some excellent pacing made for some riveting television.

The first featurette delves into the the heads – not literally, that’s for the next featurette – of the main characters, and also provides a good summary of the last episode.


The “Making Of” featurette not surprisingly shows the making of the battle scene, and the “Talked About Scene” clip is the bread truck section of the battle itself, including the Rick vs. Zombies bit:

Featurette: The Walking Dead – The Making of Episode 310: Home

The On-Air Highlights featurette from The Walking Dead follow-up chat show Talking Dead are a hoot as always:


And this clip from the next new episode isn’t spoilery at all if you’ve seen any TV spots or trailers for the second half of season 3,  but it puts the famous quote in context: