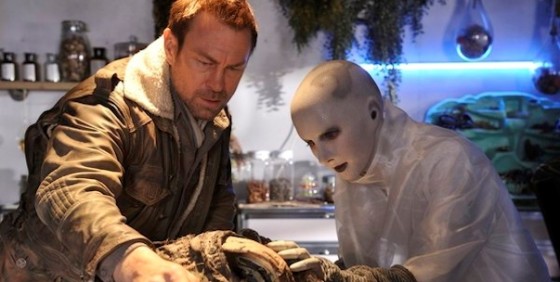 Wait til you see tonight’s Defiance. Remember the shocker last week? Let’s just say that they’re good at that kind of thing. I’ll say no more. But Defiance fans need to watch the show live tonight or stay off the internet until you do watch it. Just. Saying.

To help get your Defiance tastebuds flowing, we have Alak’s recap of last week’s doings, a “Shooting the Shtako” featurette with the elder Tarrs, and a TV spot and clip for tonight’s new episode: And because I often give Syfy a bad time for the “first four minutes” clips being less than four minutes, I am shouting from the rooftops that this week’s clips is more than four minutes!


It’s a game changer. And no I don’t mean the game that’s taking place in San Francisco.