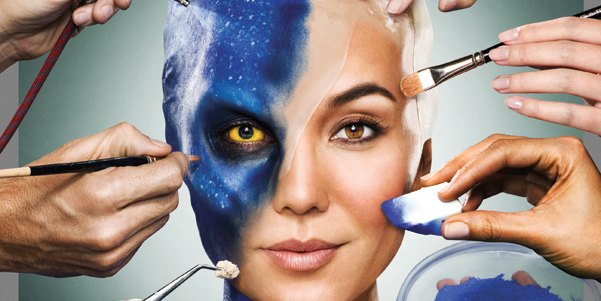 One of the most creative and imaginative aspects of science-fiction is the creation of special effects to sculpt out strange and foreign creatures from this genre’s wealth of possibilities. On this Wednesday night, SyFy premieres a new reality series called Face-Off, pitting special effects make-up artists against each other in challenges that test the limits of their abilities with a grand prize to launch the career of the winning artist.

Check out the promos and a sneak peek at Face-Off below.

Face-Off: “Live at the Grove” Promo

This looks like all the competitive fun of Project Runway, but with the imagination of sci-fi!