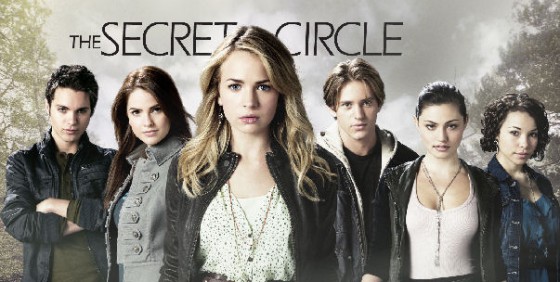 Looking for something to do between classes or for lunch or even while you’re working at your desk (we won’t tell)? How about downloading and watching the first episode of the new series The Secret Circle before it even premieres? It even comes with a sneak peek at the season 3 premiere of The Vampire Diaries and it’s available right now for free on iTunes!

Just click here and you’ll soon be transported to Chance Harbor and the mysteries that lie therein. Here’s the description on iTunes, which is slightly different from what we’ve seen so far:

From the author of The Vampire Diaries, The Secret Circle chronicles the story of a young girl who discovers not only that she is a witch and part of a secret coven, but that she is the key which will unlock a centuries-old battle of good versus evil. At 16, Cassie Blake is independent, resourceful and decidedly not a joiner. But when her mother unexpectedly dies, Cassie goes to live with her grandmother in the Pacific Northwest town where her mother grew up. After her uneasy inclusion in a group of fearless teens, Cassie discovers that she is part of something larger than herself, with a history of witchcraft dating back hundreds of years. Hesitant but headstrong, Cassie embraces her newfound destiny and becomes the final member of “the circle.” Combining the wonder of witchcraft with the scare of the supernatural, The Secret Circle explores the might – and burden – of a young girl living out her family’s legacy.

The broadcast premiere of The Secret Circle takes place Thursday, September 15 at 9/8c on The CW.