DOCTOR WHO: The Tardis Will Be Getting Crowded – Add Three New Companions And … A Drunk Giraffe 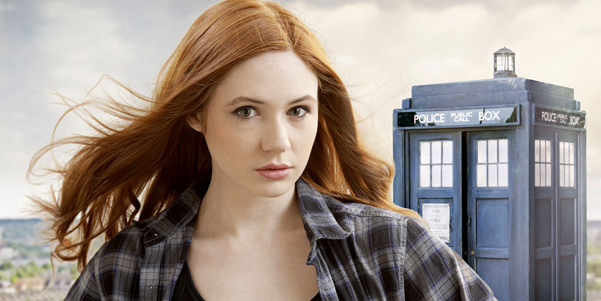 Woah, this younger-appearing incarnation of the Doctor is open to more than one Companion! Matt Smith, who plays the eleventh Doctor, will reportedly be recruiting not only the redhead, Amy Pond (Karen Gillan), but also her fiancée Rory Williams (Arthur Darvill) whom Amy neglects to mention till post-snogging with the Doctor (the Doctor IS the Doctor after all!). The good Doctor is ‘horrified’ to have maybe split up the happy couple and whisks Rory away in the Tardis as well.

The couple assists the Doctor in adventures battling vampires, Daleks, and Moffat’s Weeping Angels, but their most interesting adventure might be the inclusion of yet another Companion!  A source close to the show jokes:

“It’s a good job that police box is bigger on the inside than out because it’s going to be a tight squeeze in there this year.” 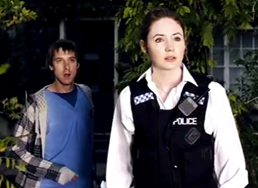 Where does the drunk giraffe come in? Amusingly enough, that’s “Doctor Who” producer, Steven Moffat has called Matt Smith for his habit of breaking things on the set. Moffat tells “Doctor Who Magazine”:

“He knocks over coffees, falls over, breaks props! When he was first handed the brand new sonic screwdriver on the first day of filming, I turned to Piers [Wenger, executive producer], and I said, ‘I’m going to start a book on how long it takes him to break it’

“And, as I was saying it, the prop man was walking past me with the sonic screwdriver in two bits! I thought, ‘He’s done it already!’. Straight away, he’d broken it!”

“I described him recently as ‘walking like a drunk giraffe,’ which has caused him some concern. But he does! Actually, that’s true of Karen [Gillan] as well. It’s hilarious when the two of them have to do shaky floor acting!” 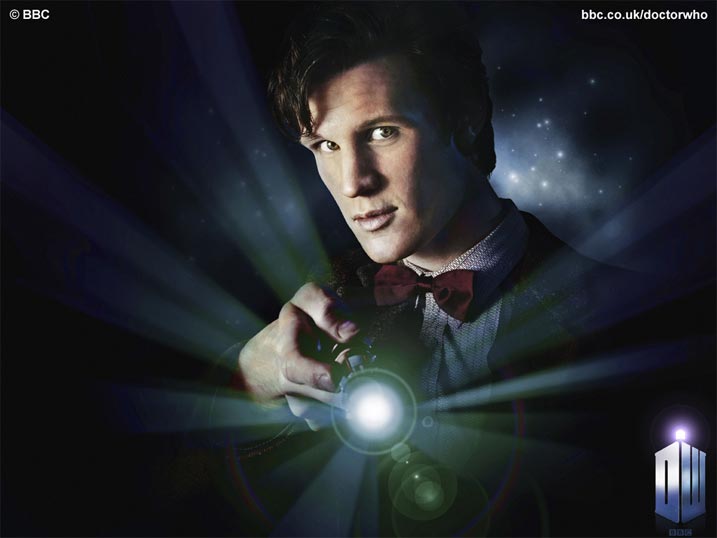