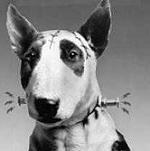 We recently told you about the departure of Walt Disney Co. Chairman, Dick Cook and one of his last tasks as chairman, was to announce the stop-motion-animated, feature-length remake of Tim Burton’s first live-action short, Frankenweenie, at the D23 Fan Expo on Sept. 11, and several details were revealed about the much-anticipated project.

In the original short, a boy re-animates his dead dog a la Frankenstein, only to see his beloved pet rejected and persecuted by an angry mob. Now that Burton has graduated to literary remakes and musicals, a feature-length Frankenweenie will be a nice throwback to classic Burton.

If you want to watch the original ‘Frankenweenie’, hit the embed below and enjoy!