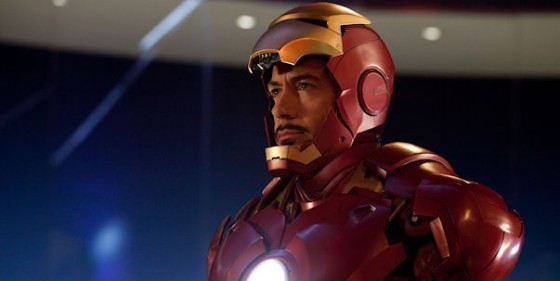 The Walt Disney Company acquired Marvel Entertainment last year, and we assumed that changes would be around the corner. One change that was expected was that Paramount Pictures would lose distribution rights to of Marvel’s upcoming slate of films. Most had assumed this would happen after the already scheduled projects, including The Avengers and Iron Man 3.

Now, the studio has announced that Paramount will transfer its worldwide marketing and distribution rights for both The Avengers and Iron Man 3 to Disney. Disney will pay Paramount $115 million for the transfer, which serves as “a minimum guarantee against the distribution fees”. Paramount will remain the worldwide distributor of Thor and Captain America: The First Avenger. Check out all the details in the official press release below!

Under terms of the new deal, Disney will pay Paramount $115 million for the transfer of the distribution rights to Iron Man 3 and The Avengers to be paid on the theatrical release dates. These monies will serve as a minimum guarantee against the distribution fees.

“In completing this agreement, Disney will now assume worldwide marketing and distribution of The Avengers and Iron Man 3 and leverage these two highly-anticipated films across the multiple global platforms of The Walt Disney Company,” said Rich Ross, Chairman of The Walt Disney Studios. “We appreciate the tremendous momentum that Paramount established with these iconic Marvel characters and look forward to propelling the brand even further in the coming years.”

“Five years ago, when Paramount and Marvel made our initial deal, both our businesses were in very different places,” said Brad Grey, Chairman & CEO of Paramount Pictures. “We are grateful for the partnership we have had with the terrific Marvel team over these years and proud of the work we have done together. Today, this new agreement is the right deal for Paramount, for Marvel and for Disney. We look forward to working together on Thor and Captain America, and we wish Disney and Marvel the utmost success, in what we know will be a very productive and wide-ranging partnership.”

“Paramount has been a wonderful partner in helping Marvel Studios bring our characters to the big screen,” said Alan Fine, Office of the President, Marvel Worldwide, Inc. “This agreement makes sense now that Marvel is part of The Walt Disney Company.”

Paramount will release Marvel Entertainment’s Thor and Captain America worldwide beginning on May 6 and July 22 of 2011, respectively. The Avengers will be licensed to Epix under Paramount’s existing pay television arrangement.