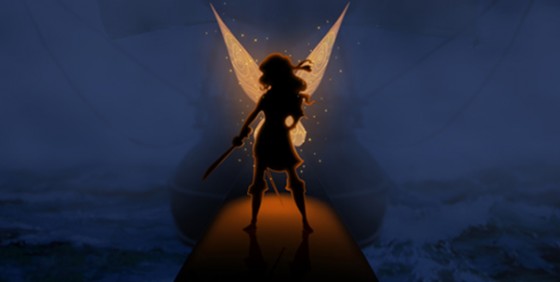 Disneytoon Studio’s The Pirate Fairy will be the next installment in the Tinker Bell movies, which was teased at Disney’s D23 Expo this past weekend. You never know what you’re going to get when you gather the actors on stage in front of their fans at a convention, and Tom Hiddleston did not disappoint.

According to EW, Christina Hendricks will be voicing Zarina the pirate fairy, who has a different kind of fairy dust that allows her to have the powers of the other fairies. If you’re not familiar with the movies, each of the fairies specializes in something to uphold nature. For instance, Tinker Bell builds contraptions and inventions to help the group. She’s a tinkerer, get it?

Anyway, Zarina eventually causes some mischief that Tinker Bell must sort out. And Tom Hiddleston will voice James the cabin boy, a young Captain Hook who befriends Zarina.

Now here’s the moment you’re been waiting for. During the panel, Tom Hiddleston mentioned that singing The Bare Necessities had once been a part of an audition. So naturally he obliged.


I do love a good origin story.

The Pirate Fairy starring Christina Hendricks and Tom Hiddleston is slated to hit theaters in Spring 2015.