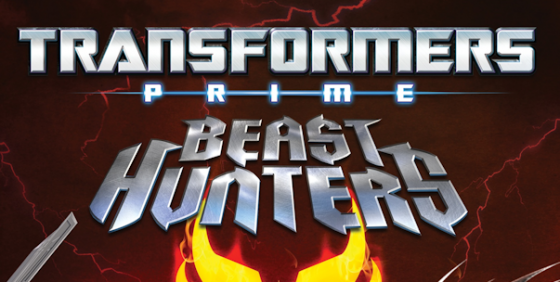 Transformers Prime has been one of my favorite animated series in recent years, and I’m really sorry to see it go. Happily we get one more installment, which will air on The Hub on Friday, October 4 at 8 p.m. ET/5 p.m. PT, with an encore at 10:30 p.m. ET/7:30 p.m. PT., entitled Transformers Prime Beast Hunters – Predacons Rising. It will also be released in Blu-ray and DVD form on October 8. Here’s a TV spot and all the details: 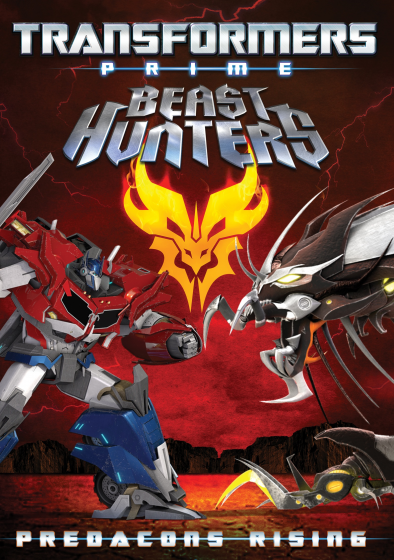 Brimming with spectacular CG animation, a captivating storyline and unforgettable characters from the TRANSFORMERS PRIME lore, this 90-min epilogue to the final season delivers entertaining cinematic adventure the whole family will enjoy. Wrapping up the series that chronicled the epic battle between the DECEPTICONS and the AUTOBOTS, the Blu-ray+DVD combo pack and DVD edition contain insightful bonus content, taking viewers behind-the-scenes. Available in stores everywhere, TRANSFORMERS PRIME BEAST HUNTERS – PREDACONS RISING is an essential home entertainment collection for TRANSFORMERS fans of all ages. The deluxe Blu-ray+DVD combo pack is priced to own with a suggested retail price of $24.97; and $16.97 for the DVD.

TRANSFORMERS PRIME BEAST HUNTERS – PREDACONS RISING Synopsis:
A resurrected UNICRON has taken over the now-lifeless body of MEGATRON to seek vengeance on the AUTOBOTS and ultimately, the destruction of Cybertron. This formidable enemy forces an unlikely alliance between the AUTOBOTS, DECEPTICONS, PREDAKING and two new PREDACONS, who come together in an epic battle to help protect their newly restored planet.

Special note: Bonus content for TRANSFORMERS PRIME BEAST HUNTERS – PREDACONS RISING is in development. As excitement builds for this release, Shout! Factory and Hasbro Studios will announce additional news and activities for fans in the upcoming months.

About Hasbro Studios
Hasbro Studios is the Los Angeles-based entertainment division of Hasbro, Inc. (NASDAQ: HAS). The studio is responsible for entertainment brand-driven storytelling for the company across television, film, commercial productions and short-form. It develops, produces and distributes TV shows based on Hasbro’s world class brands, including TRANSFORMERS, MY LITTLE PONY, LITTLEST PET SHOP and FAMILY GAME NIGHT. Many of these shows air on Hub Network, a U.S. television network for kids and their families, that is a joint venture between Hasbro and Discovery Communications (NASDAQ: DISCA, DISCB, DISCK). Hasbro Studios shows can also be seen on networks in more than 170 countries globally. Since its formation in 2009, the studio has received seven Daytime Emmy wins and 16 nominations. On the film side, the studio is developing and producing a number of features based on Hasbro’s brands, including TRANSFORMERS 4 (Paramount), STRETCH ARMSTRONG (Relativity Media) and CANDY LAND (Sony). The studio team also oversees the production of commercials that feature Hasbro’s brands as well production of short-form content that can be seen on all of the major digital and social media platforms globally.

Transformers Prime Beast Hunters: Predacons Rising premieres on Friday night, October 4 at 8/7 Central/5 Pacific, with an encore at 10:30 p.m. ET/7:30 p.m. PT, and will be released on Blu-ray and DVD on October 8.