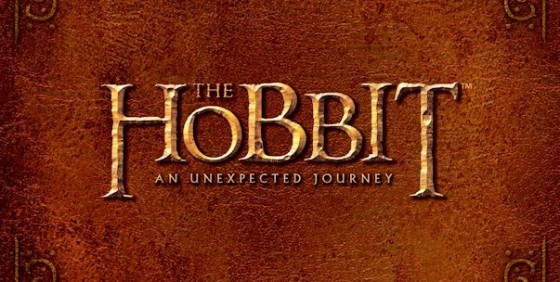 SciFi Mafia has been the happy recipient of several soundtracks for review this year, but this one is one of the most highly anticipated. We. Can’t. Wait. And we happily note, though it is no surprise, that the composer for The Hobbit: An Unexpected Journey Original Motion Picture Soundtrack is the man who composed the soundtrack for the Lord of the Rings trilogy: Howard Shore.

Here are the details about the soundtrack release:

(November 1, 2012 – Los Angeles, CA) – WaterTower Music has announced the release of The Hobbit: An Unexpected Journey Original Motion Picture Soundtrack at all retailers on December 11th. The soundtrack will be available both digitally and as a 2 CD set. A Special Edition of the soundtrack featuring six exclusive bonus tracks, seven extended score cues, and deluxe liner notes will also be available December 11. The Hobbit: An Unexpected Journey features original score by Academy Award® winner Howard Shore recorded at famed Abbey Road studios by the London Philharmonic Orchestra. Additionally it includes an original song entitled “Song of the Lonely Mountain,” written and performed by Neil Finn (Crowded House). The Hobbit: An Unexpected Journey, the first of a trilogy of films from Oscar-winning filmmaker Peter Jackson (The Lord of the Rings Trilogy), will be released in the U.S. on December 14, 2012.

“I have looked forward to returning to the imaginative world of Middle-earth for quite a while,” says Shore. “I read all of the books by Tolkien, including The Hobbit, when I was in my twenties, and his deep love of nature and all things green resonates deeply with me.”

“It’s a thrill for us to work with Howard Shore on The Hobbit: An Unexpected Journey soundtrack” stated WaterTower Music head Jason Linn, “His reputation and body of work have long inspired us, and we look forward to another successful partnership as we embark on the next chapter of our journey together.”

One of today’s most respected, honored, and active composers and music conductors, Howard Shore previously worked with director Peter Jackson on The Lord of the Rings Trilogy, which stands as his most towering achievement to date. He won three Academy Awards for his music for those films, two for Best Original Score, and one for Best Original Song. Shore has also won numerous other honors for his film work, including four Grammys and three Golden Globe Awards.

The Hobbit: An Unexpected Journey Original Motion Picture Soundtrack on WaterTower Music in the United States and Decca Records outside the United States. It will be available on December 11, 2012. The track listings for the 2 CD Standard and 2CD Deluxe versions are as follows:

DISC 2:
1. The Hidden Valley
2. Moon Runes (Extended Version)
3. The Defiler
4. The White Council (Extended Version)
5. Over Hill
6. A Thunder Battle
7. Under Hill
8. Riddles in the Dark
9. Brass Buttons
10. Out of the Frying-Pan
11. A Good Omen
12. Song of the Lonely Mountain (Extended Version) performed by Neil Finn
13. Dreaming of Bag End

EXCLUSIVE BONUS TRACKS
14. A Very Respectable Hobbit
15. Erebor
16. The Dwarf Lords
17. The Edge of the Wild

THE HOBBIT STANDARD EDITION TRACKLIST
Disc 1:
1. My Dear Frodo
2. Old Friends
3. An Unexpected Party
4. Axe or Sword?
5. Misty Mountains performed by Richard Armitage and The Dwarf Cast
6. The Adventure Begins
7. The World is Ahead
8. An Ancient Enemy
9. Radagast the Brown
10. Roast Mutton
11. A Troll-hoard
12. The Hill of Sorcery
13. Warg-scouts

From Academy Award®-winning filmmaker Peter Jackson comes The Hobbit: An Unexpected Journey, the first of a trilogy of films adapting the enduringly popular masterpiece The Hobbit, by J.R.R. Tolkien.

The three films tell a continuous story set in Middle-earth 60 years before The Lord of the Rings, which Jackson and his filmmaking team brought to the big screen in the blockbuster trilogy that culminated with the Oscar®-winning The Lord of the Rings: The Return of the King.

About the Hobbit Trilogy

A production of New Line Cinema and Metro-Goldwyn-Mayer Pictures (MGM), The Hobbit: An Unexpected Journey is the first of three films from filmmaker Peter Jackson, the Academy Award-winning director of The Lord of the Rings Trilogy. The screenplay for The Hobbit: An Unexpected Journey is by Fran Walsh & Philippa Boyens & Peter Jackson & Guillermo del Toro. Jackson is also producing the film, together with Carolynne Cunningham, Zane Weiner and Fran Walsh. The executive producers are Alan Horn, Toby Emmerich, Ken Kamins and Carolyn Blackwood, with Boyens and Eileen Moran serving as co-producers.

The Hobbit: An Unexpected Journey and the second and third films of the trilogy are productions of New Line Cinema and Metro-Goldwyn-Mayer Pictures, with New Line managing production. Warner Bros. Pictures is handling worldwide theatrical distribution, with select international territories as well as all international television distribution being handled by MGM.

The Hobbit: An Unexpected Journey Original Motion Picture Soundtrack will be released by WaterTower Music on December 11, 2012.

The Hobbit: An Unexpected Journey is slated for theaters on December 14, 2012.