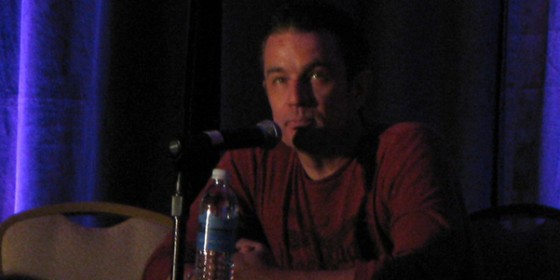 Fans of James Marsters and Jim Butcher’s The Dresden Files, rejoice! Confirmed at this past weekend’s Dallas Comic Con, James Marsters will indeed return to lend his voice for the audio book for Cold Days, the next book of the Dresden series coming out in this fall.

Marsters had narrated the audio books for the entire fourteen-book-and-counting Dresden series except for the latest one, Ghost Story. A fan asked Marsters at the Q&A session why and this was his response:

“Sorry, sorry, guys. When they first called me, I was doing a piece for French television for the series called Metal Hurlant [Chronicles] which is the comic book that gave rise to Heavy Metal, a really cool movie in the 80’s. Really dark, kinda a modern Twilight Zone.

So I was in Brussels filming that so they said that they would reschedule and when they called back a month or six weeks later I was in Utah filming this Dragon Warriors movie which at that point, they said, ‘Hey, we gotta move on.’ I said, ‘That really sucks, but I signed  a contract so I guess you gotta move on.’

And then luckily the fans took after them at San Diego Comic Con and just ripped them for not using me so apparently they are going to have me back for the next one.”

On the fantasy film, Dragon Warriors, Marsters teased his role of Lord Tensley:

“I’ve got a movie called Dragon Warriors coming out. It’s probably not coming out for another year. It’s two years in post-production. It’s a heavy effects film. It’s a medieval violent comedy. I play the villain. I play a wizard who gets his heart broken so he trains a dragon to light on fire anyone that says the word ‘love.’ But I’m also adorable.”

Marsters also lent his voice to read for the audio book for the New York Times Best Seller Vampire Empire by Clay and Susan Griffith. He will do the trilogy of books in that series. 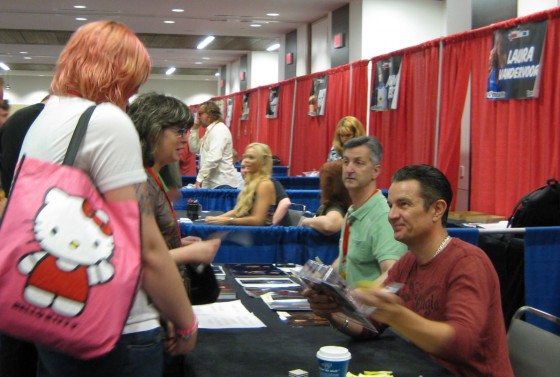