Could Ron Perlman Be Appearing In del Toro’s PACIFIC RIM? 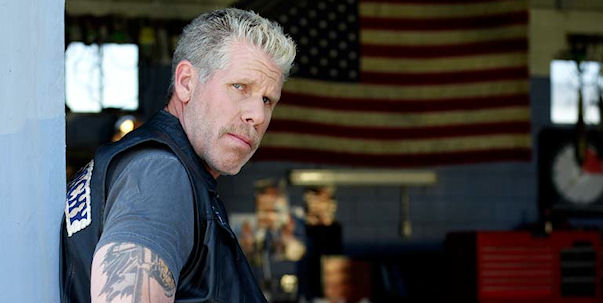 Any fan of the Hellboy films would love to see director Guillermo del Toro team up with actor Ron Perlman again. Perlman played the title character, Hellboy, a demon fighting for good for the U.S. Bureau for Paranormal Research and Defense (BPRD), based on Mike Mignola’s comic book series.  We might just get our wish of a del Toro-Perlman team-up… but with a different film.

Q: Are you going to pop up in Pacific Rim, the new film by your buddy Guillermo del Toro and starring your Sons of Anarchy cast mate, Charlie Hunnam?

Ron Perlman: I sure hope so. I am not at liberty to give that notion any credence nor am I denying it. I can only say, “I sure hope so.” Only time will tell. And, at some point, there will be an announcement that Ron is – or isn’t – in that movie. [laughs]

Ron Perlman: Me, too… me, too. *cue majestic and triumphant music here* 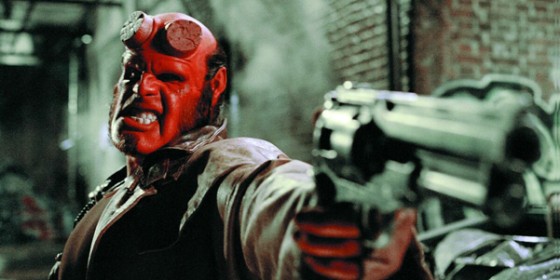 [Above: Ron Perlman as Hellboy]

Pacific Rim takes place in the year 2025, in the twelfth year of the ongoing war against the alien monsters that have set themselves up in the Pacific Ocean. Pacific Rim stars Charlie Hunnam, Idris Elba, Charlie Day, and Clifton Collins, Jr. The script was written by Travis Beacham.