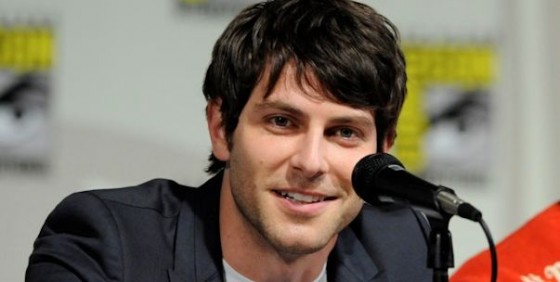 Here’s another Comic-Con panel video, this time from NBC. It’s the Grimm panel, and it’s a terrific watch for fans. Like most panels, they are very sensitive about not wanting to spoil, but there are some interesting insights about the show and some fun moments amongst the cast and producers.

Highlights include David Giuntoli demonstrating the look he gives when watching a wesen morph (about 8 minutes in), the reveal of a new wesen from the upcoming season (about 16 minutes in), Bitsie Tulloch‘s demonstration of her confused look (about 26 minutes in), director Norberto Barba talking about the show (about 27 minutes in), a discussion about what humans see when the Grimm (and we) see the wesen morphing head shake (about 32 minutes in), and a surprise from newly-regular cast member Bree Turner (about 33 minutes in).

The only disappointment is that we can only hear but not see the fans who ask questions, and we don’t get any trailers that they may have shown. I personally also did not appreciate that Executive Producer Todd Milliner made a disparaging remark about Lost, but ah well. Other than that, enjoy!