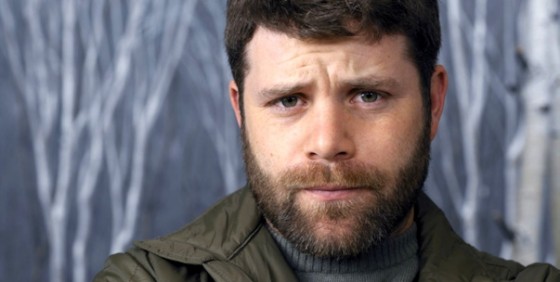 How’s that for some name dropping? Former co-showrunner of Lost, current showrunner of Bates Motel, hopefully future showrunner of The Strain, Carlton Cuse, made the latest casting announcement for the pilot of the Guillermo Del Toro hoped-for FX vampire series via Twitter. What’s all the “hoping” about? FX hasn’t yet ordered the pilot to series…

We are thrilled to have the amazing Sean Astin join the cast of THE STRAIN.

Here’s a quick reminder of the synopsis we posted recently:

The Strain is a high concept thriller that tells the story of Dr. Ephraim Goodweather (Corey Stoll), the head of the Center for Disease Control Canary Team in New York City. He and his team are called upon to investigate a mysterious viral outbreak with hallmarks of an ancient and evil strain of vampirism. When Eph realizes that this isn’t some new bioterror weapon, but something much older, something outside the reach of science, he teams with Abraham to fight back. As a plague of hungry and intelligent predators overwhelms New York, Eph, Abraham and a motley crew of everyday New Yorkers form a ragtag resistance – fighting monsters in the streets and in their homes, waging a war for the fate of humanity itself.

As for Astin’s (The Lord of the Rings) role, THR was able to get a bit more information. He’ll be playing Jim Kent, a member of the Canary Team who has unfortunately been blackmailed into releasing a cabinet out of quarantine that contains a potentially deadly virus.

We’ll definitely keep you posted on the progress of this pilot, and hopefully FX‘s pickup to series.