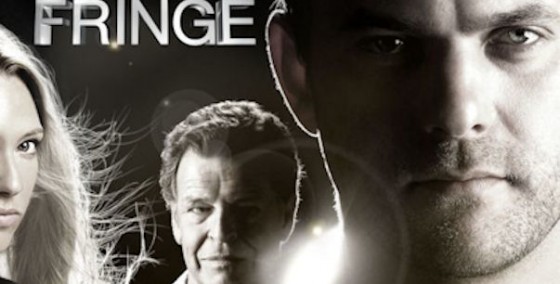 OH THANK FOX! We don’t mind telling you that we’ve been sweating this one, but finally Fox has finally announced that the most excellent Fringe has been renewed for – and here it comes – 13 final episodes. This means that it will have 100 episodes, the magic number required for it to go into syndication.

FOX BOOKS “FRINGE” FOR A FIFTH AND FINAL CHAPTER

FOX has picked up FRINGE for a fifth and final 13-episode season, it was announced today by Kevin Reilly, President of Entertainment, Fox Broadcasting Company.

“FRINGE is a remarkably creative series that has set the bar as one of television’s most imaginative dramas. Bringing it back for a final 13 allows us to provide the climactic conclusion that its passionate and loyal fans deserve,” said Reilly “The amazing work the producers, writers and the incredibly talented cast and crew have delivered the last four seasons has literally been out of this world. Although the end is bittersweet, it’s going to be a very exciting final chapter.”

FRINGE co-creator and executive producer J.J. Abrams added, “We are thrilled and beyond grateful that FOX – and our fans – have made the impossible possible: FRINGE will continue into a fifth season that will allow the series to conclude in a wild and thrilling way. All of us at Bad Robot are forever indebted to our viewers and the amazingly supportive FOX network for allowing the adventures of Fringe Division to not only continue, but to resolve in a way that perfectly fits the show.”

“This pickup means the world (both of them) to us, because we love sharing these stories with our enthusiastic fans,” added FRINGE showrunners and executive producers Jeff Pinkner and J.H. Wyman. “On behalf of the cast and crew, we applaud our fans and FOX for allowing us to imagine the impossibilities together for so long. Season Five is going to be a conclusive thrill ride for all of us.”

FRINGE’s compelling fourth season concludes with three all-new FRINGE Friday episodes in a row, counting down to the two-part season finale on Friday, May 4 (9:00-10:00 PM ET/PT) and Friday, May 11 (9:00-10:00 PM ET/PT). In “Worlds Apart,” airing Friday, April 27 (9:00-10:00 PM ET/PT), team members on both sides, including Olivia (Anna Torv) and Peter (Joshua Jackson), continue to fight for a common cause, and there are shocking developments tied to the Cortexiphan children.

Created by J.J. Abrams, Alex Kurtzman and Roberto Orci, FRINGE is produced by Bad Robot Productions in association with Warner Bros. Television. Abrams, Bryan Burk, Jeff Pinkner, J.H. Wyman and Joe Chappelle serve as executive producers, while Kurtzman, Orci and Akiva Goldsman are consulting producers. Additionally, Pinkner and Wyman serve as the series’ showrunners. “Like” FRINGE on Facebook at www.facebook.com/fringe. Follow the series on Twitter @fringeonfox and join the conversation at #Fringe.

Fringe fans, our future is made. No more stress, no more worries, no more whining and begging, just a joyful final season. WE CAN’T WAIT.