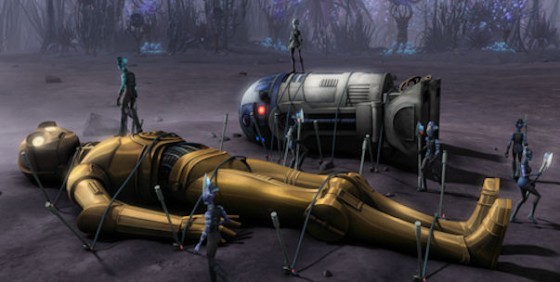 And one of the clips seems eerily familiar. This week’s Star Wars: The Clone Wars looks to be featuring our two favorite droids, on the run and on their own. For better or worse, they may not be on their own for long. 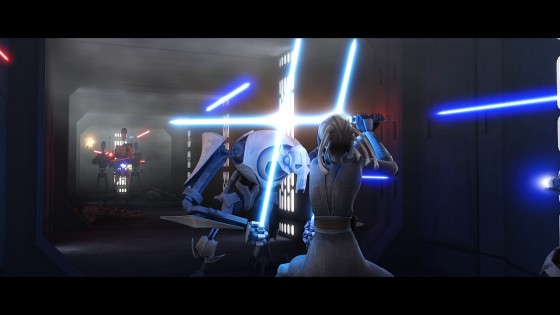 C-3PO and R2-D2’s adventure continues and they encounter danger at every turn. Forced to escape a Separatist attack in a Y-wing fighter, the droids visit the world of the Patitites, the odd planet Balnab, and the inside of a pirate warship where they are forced to fight in a gladiatorial arena in “Nomad Droids” a new episode of Star Wars: The Clone Wars, airing at 8:00 p.m. ET/PT Friday, October 14th on Cartoon Network.
http://www.youtube.com/watch?v=C84cRPDHpqg
http://www.youtube.com/watch?v=Zicmp9B4HhA
Star Wars: The Clone Wars airs Fridays at 8/7c on Cartoon Network.