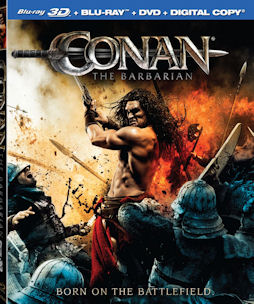 Synopsis:
Based on the character of Conan as originally created by Robert E. Howard, a boy born on the battlefield grows into a hulking warrior hell-bent on avenging his father’s death. But Conan’s personal vendetta soon escalates into an epic battle of impossible odds, facing the fiercest of rivals and the most horrific of monsters. 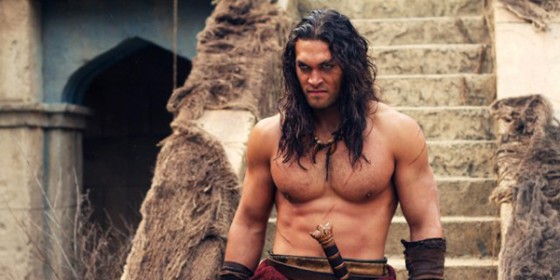 Conan the Barbarian is an origin story, which sees Jason Momoa wipe the Schwarzenegger slate of yesteryear clean and starts fresh in Hyboria, rebooting Robert E. Howard‘s classic Cimmerian warrior. I’m sure that some people will disagree but, I was happy with their choice to forego a literal adaptation of one Howard book, opting to pull from various stories instead. I think that decision enabled it to become its own Conan, rather than suffer endless comparisons to previous films and specific literature.

I’m not always a fan of violence for violence-sake, but the Conan story is one of savage warriors, and without graphic violence it simply wouldn’t measure up. Thankfully, there’s no shortage of justifiable violence and action in Conan the Barbarian. Where the film falls short is in the character development and plot arena, or at least that’s how it seems. I think one of the biggest problems with this movie is the editing. The film is cut together so frenetically at some points that, it seems to speed through story to get to the next action scene.

As a film, I think Conan the Barbarian is good and it’s painfully obvious that it could have been a much, much better film with very little effort.

Now, on to the list of everything that’s included in the combo pack and my overall star rating for the Conan the Barbarian Two-Disc Blu-ray Combo Pack.

Video Quality: The 2D Blu-ray version of the movie is crisp and clear in 1080p. The CG elements of the film look fantastic and the landscapes in this movie are breathtaking.

Audio: The DTS 7.1 sound is great, although the mix did seem a bit uneven during some of the battle scenes, with the clash of weapons drowning everthing out (including dialogue).

Audio Commentaries: Director Marcus Nispel drops some stories about the making of the movie, the actors and the location. Jason Momoa and Rose McGowan speak at length about how much they care for the material and how imporant the project was to them. Both commentaries were good, although Momoa and McGowan’s was much more entertaining to me.

The additional special features were done very well, and I was particularly interested in the Robert E. Howard featurette, which as an all-around primer on both he, and the universe of Conan. The Battle Royal and Staging the Fights featurettes were very cool and a must watch for fans of behind the scenes stuff on fight choreography and the like. 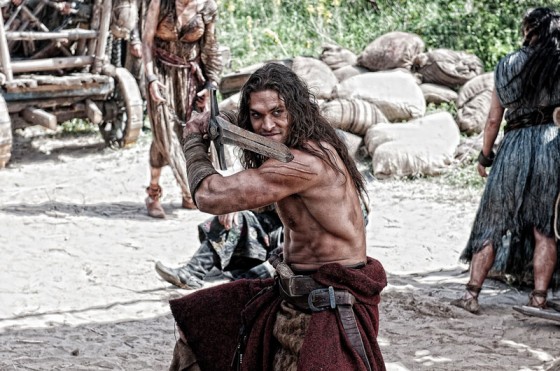 I think this combo pack is definitely worth the price of admission. Although Conan the Barbarian misses the mark in some places, it is a good film overall, and most definitely a fun film to watch.

I give Conan the Barbarian Two-Disc Blu-ray Combo Pack Three out of Five Stars.

Conan the Barbarian (Two-Disc Blu-ray 3D + Blu-ray + DVD + Digital Copy) is available now. You can order your copy at Amazon using the link below!
[AMAZONPRODUCT=B004EPYZTE]