Excellent, some Haven news! Production has begun for Season 4 of this absolutely terrific show, up in gorgeous Halifax. Everyone I’ve talked with who’s involved in the show’s production talks about the big part the location plays in the series, and I agree. We also have news that the star of another Syfy show that featured an “interesting” town will be joining the Haven community: 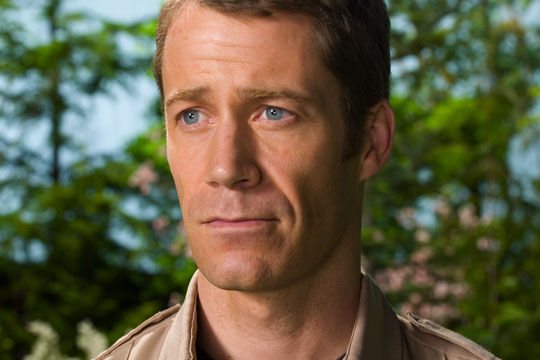 Yes Colin Ferguson, Eureka‘s Sheriff Jack Carter, will be showing up in our favorite creepy town. Here are the details, along with a head’s up about where we’ll be when the show returns:

NEW YORK– May 8, 2013 – Startling new mysteries and secrets are in the works as Syfy’s hit series Haven goes into production today, May 8, on an all-new 13 episode Season 4 in Halifax, Nova Scotia.

Season 4 of Haven picks up six months after the devastating events of the Season 3 cliffhanger in which the town was pummeled by a violent meteor storm. Audrey and Duke (Eric Balfour) vanished into thin air leaving an injured Nathan (Lucas Bryant) marooned in Haven.

Ferguson recently starred as the lovable Sherriff Jack Carter on the long-running hit Syfy series Eureka. Ferguson was also a producer on the series and directed several episodes. Ferguson’s many feature film credits include Because I Said So, Rowing Through and The Opposite of Sex. He has also starred in a number of movies for television and was a regular on the NBC remake of the hit British comedy series Coupling and the sitcom Then Came You. His many guest-starring roles include CSI, Malcolm in the Middle, Crossing Jordan and Becker.

Syfy is a media destination for imagination-based entertainment. With year round acclaimed original series, events, blockbuster movies, classic science fiction and fantasy programming, a dynamic Web site (www.Syfy.com), and a portfolio of adjacent business (Syfy Ventures), Syfy is a passport to limitless possibilities. Originally launched in 1992 as SCI FI Channel, and currently in more than 98 million homes, Syfy is a network of NBCUniversal, one of the world’s leading media and entertainment companies. NBCUniversal is owned by Comcast Corporation. (Syfy. Imagine greater.)

Entertainment One Ltd. (LSE:ETO) is an international entertainment company that specializes in the acquisition, production and distribution of film and television content. The company’s comprehensive network extends around the globe including Canada, the US, the UK, Ireland, Spain, Benelux, France, Germany, Scandinavia, Australia, New Zealand, South Africa and South Korea. Through established Entertainment and Distribution divisions, the company provides extensive expertise in film distribution, television and music production, family programming and merchandising and licensing. Its current rights library is exploited across all media formats and includes more than 35,000 film and television titles, 2,700 hours of television programming and 45,000 music tracks. http://www.entertainmentonegroup.com

COME ON, OCTOBER! Sheesh that’s a long wait. But we’ll get there, together.