Fans of Syfy’s Being Human will remember Natalie Brown, who played werewolf Josh’s fiancee Julia back before he became a werewolf. When Josh and werewolf Nora had broken up for a while, Julia came back into Josh’s life. We liked her. Things were really looking up. Then… ah well. 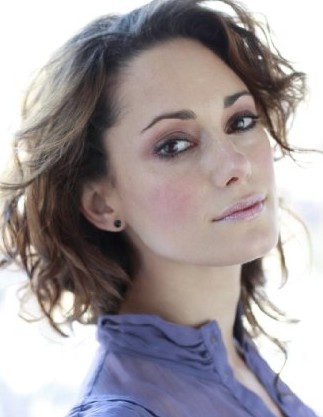 Ms. Brown will be starring in a series going by the name of Bitten for Canadian TV in 2014, in which she, ironically, plays a werewolf. Unfortunately we have no idea if we’ll ever be seeing the series down here in the states, though we would of course be interested.

What we are reporting about today is the fact that Ms. Brown will, according to Deadline, be appearing in the Guillermo del Toro’s The Strain, the vampire pilot for FX with Carlton Cuse (Lost, Bates Motel) as Executive Producer. The Strain is a high concept thriller that tells the story of Dr. Ephraim Goodweather (Corey Stoll), the head of the Center for Disease Control Canary Team in New York City. He and his team are called upon to investigate a mysterious viral outbreak with hallmarks of an ancient and evil strain of vampirism.

Natalie Brown will be playing Eph’s ex-wife Kelly Goodweather, who fails to heed her husband’s warning about the contagion spreading in Manhattan. She replaces Lauren Lee Smith who, as we reported to you back in June, was originally cast in the role. It doesn’t appear to be a very long-lived role, which should free up Brown to continue to work on Bitten.

We’ll keep you posted on the progress of the FX pilot, and hopefully at some point the series, The Strain, starring John Hurt, Corey Stoll, Kevin Durand, Mia Maestro, Richard Sammel, Jonathan Hyde, and Miguel Gomez.