Behold THE HOBBIT: THE BATTLE OF THE FIVE ARMIES First Teaser Trailer, Poster, and More 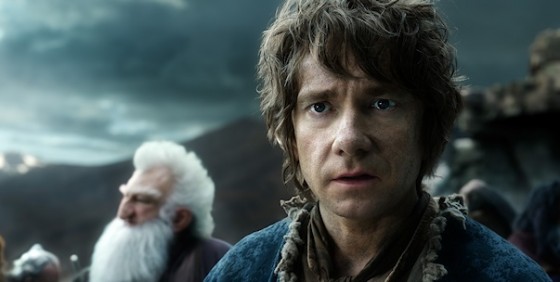 The Saturday Hall H panel for The Hobbit: The Battle of the Five Armies at Comic-Con 2014 was, along with the Marvel panels and one other, the best of the best at Comic-Con. Though not nearly all the cast was there – no Bilbo, no Gandalf, and only one dwarf – the stage was still packed.

And the whole presentation was gorgeous, not only because of the beautiful cast. In the past couple of years, some panels have used not only some panels on either side of the large screen for an enhanced experience, but have extended the panels on either side of the room. This year, those side panels were extended even further. The Hobbit panel used the extended side panels to tell the story of the Hobbit so far, and then a bit further, including some concerning bits: 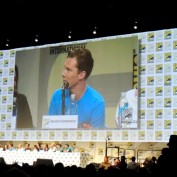 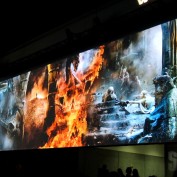 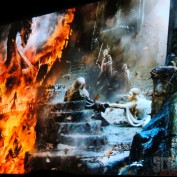 Of course, given that this is a prequel, we kinda already know that things will turn out okay for those two at least, but still…

The moderator of the panel was seriously one of the biggest Middle Earth fans of our time, as well as the future host of The Late Show: Stephen Colbert. As you may know, and as we were reminded by the clip, Colbert had a cameo in the second Hobbit movie as a Laketown spy. He came in costume; you’ll see his pic below.

But okay okay, I know what you’re waiting for. The best part of the panel, other than seeing this amazing group live and in person with about 6500 other screaming fans, was, of course, the trailer. And unlike some other big panels, Warner Bros. didn’t wait too long to release it for all to see. They call it a teaser trailer, but it’s a full two minutes. Enjoy:

Teaser Trailer: The Hobbit: The Battle of the Five Armies 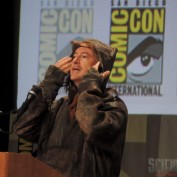 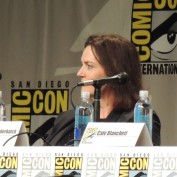 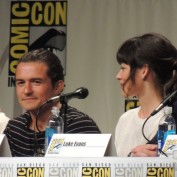 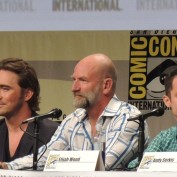 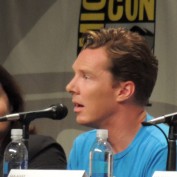 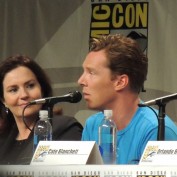 Peter Jackson also announced a fan contest that sounds amazing. We’re still waiting on the details, but here’s the announcement:

Featurette: The Hobbit: The Battle of the Five Armies – Fan Contest


He did say that 75 people will be chosen and that each will be able to bring a guest. The winners will not only screen the movie with Peter Jackson in Wellington, but will get tours of Hobbit-related locations and more. They even chose the first winner already, after secretly conducting some trivia tests to fans before the panel. That means 74 more spots available. Good luck!

But wait, there’s more! Warner Bros. has just released the first official poster for The Hobbit: The Battle of the Five Armies: 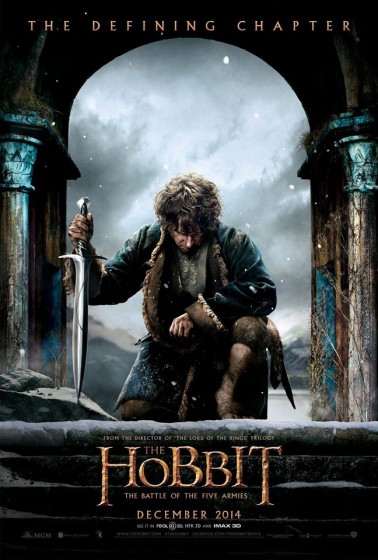 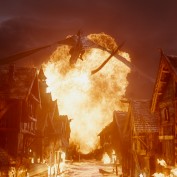 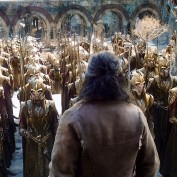 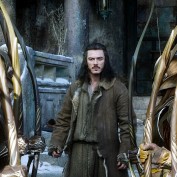 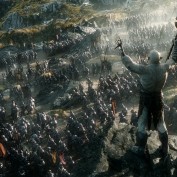 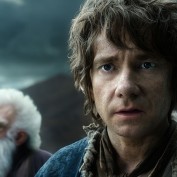 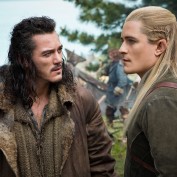 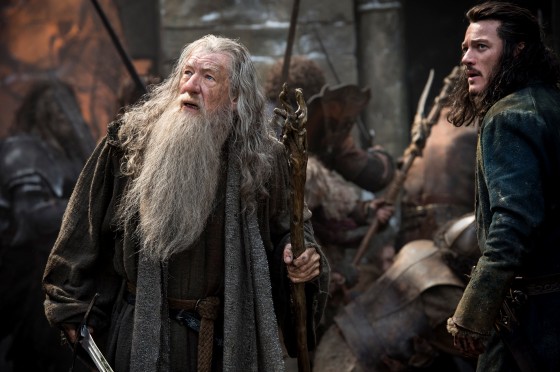 December seems so far away… but okay, yes, all of this eases the wait.