We’ve seen the phrase “Valar Morghulis” superimposed on all of the 18 character posters released this week for Season 4 of HBO‘s gorgeous epic Game of Thrones, and saw the translation as “All Men Must Die” on the TV spots. Today we see the translated phrase incorporated into the series poster for Season 4, along with a very creepy three-eyed raven. Because all three-eyed ravens are creepy: 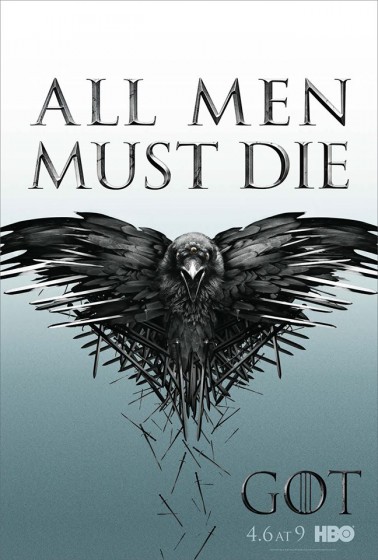 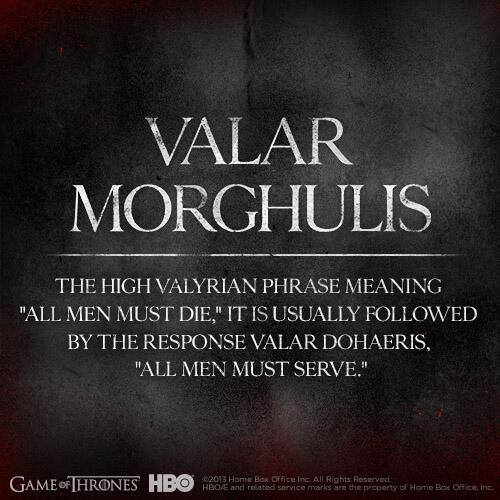 So, developing my comment on yesterday’s GoT post a little further: As a fan of the series who hasn’t read the books, I’m choosing to believe that “All Men Must Die” is something Dany, who speaks High Valyrian, uses for her Season 4 battle cry. Having had enough of men, she will decide they must all die, leaving her to rule over all women from the Iron Throne, with the help of her dragons. And that “All Men Must Serve” response is something the men say, hoping she’ll choose that idea instead. Maybe Brienne could help. Just an idea.