Another Live Action CRUELLA DE VIL Film is in The Works 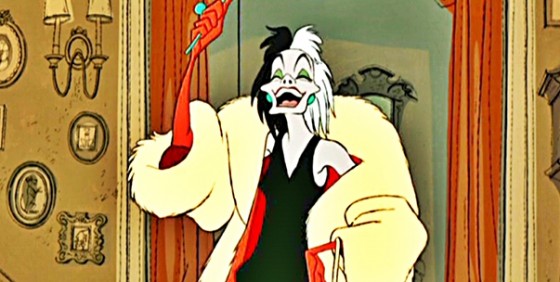 While we wait patiently for Disney to serve us their live action films Maleficent and Cinderella, we can count on another classic being brought (again) to live action. Cruella de Vil, the bad bad lady from 101 Dalmatians, has had a turn in live action in 1996 by Glenn Close, but work is underway to bring the evil woman back to the big screen.

In fact, according to THR, the screenwriter for Cinderella, Aline Brosh McKenna will be writing the screenplay and producing the Cruella de Vil project for Disney. Former de Vil actress Glenn Close will be executive producing. The two worked together formally on The Devil Wears Prada.