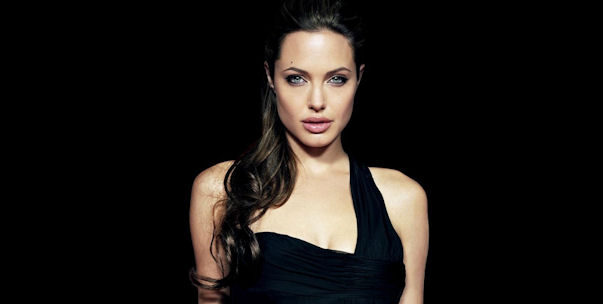 Earlier this month, we brought you news that Elle Fanning (Super 8, We Bought A Zoo) had been cast opposite Angelia Jolie in Disney’s flipside story focusing on the Sleeping Beauty witch, Maleficent. Unlike the trend of re-imagining fairy tales, this story will be told from the point of view of the “Mistress of All Evil”, played by Jolie.

In an interview with EW, Jolie talks about turning the tables on the Sleeping Beauty story and how exploring Maleficent’s point of view may be good for young girls. Check out this excerpt from the interview below:

Q: What’s next for you as an actor? You were in talks to do a Luc Besson film?

Angelina Jolie: I do hope to work with Luc one day, but we haven’t figured out what that is. The next thing I’m doing is Maleficent for Disney. I start it in June, and it’s a really great script. I’m having a lot of fun. I’ve already got my horns fitted. My kids are very happy.

Q: In this version, Sleeping Beauty is the nemesis instead of the good guy?

Angelina Jolie: It’s not anti-princess, but it’s the first time they’re looking at this epic woman.

Q: Is it sympathetic to her, or is she a straight-up villain?

Angelina Jolie: It’s both. I hope in the end you see a woman who is capable of being many things, and just because she protects herself and is aggressive, it doesn’t mean she can’t have other [warmer] qualities. You have to figure out the puzzle of what she is.

Q: So there are some redeeming qualities to Maleficent the witch?

Angelina Jolie: It sounds really crazy to say that there will be something that’s good for young girls in this, because it sounds like you’re saying they should be a villain. [Maleficent] is actually a great person. But she’s not perfect. She’s far from perfect.

Q: There’s a tradition of taking a classic character who is a villain and telling the story from his or her perspective. John Gardner did it with the 1971 novel Grendel, and more recently we got the witch’s story in Gregory Maguire’s Wicked, and the musical it inspired. We like it when the bad guy is deeper than we thought.

Angelina Jolie: In general, it’s a very good message to say, “Let’s look at something from the other side.” But then also, what our challenge will be — and the script writer [The Lion King and Alice in Wonderland’s Linda Woolverton] has already cracked it — is not to simplify it, not to just reverse the story but tell a bigger story that doesn’t point the finger [at Princess Aurora] either. It doesn’t flip it.

Q: Since it’s a Disney film, will this version of Maleficent be close to the one we know from their 1959 animated film?

Angelina Jolie: We’re still figuring out the look. We’re experimenting with different things. But the horns are the horns — you can’t deny them. You have to have horns.