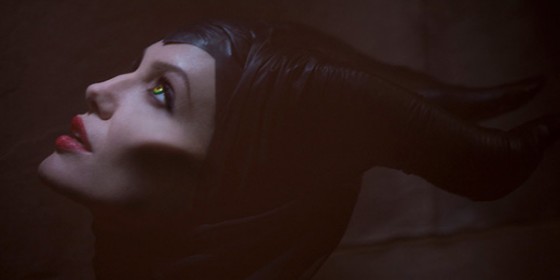 Last week, we brought you the first look at Angelina Jolie in all her horned glory in her latest role as the Sleeping Beauty villainess, Maleficent. She was transformed into the evil fairy of the tale with a horned headdress and prosthetic cheekbones, giving her sharper and a more angular facial shape. Disney’s Maleficent tells the story from Maleficent’s point of view.

You gotta give Jolie credit for not being afraid of the physicality of her roles. Here, we’ve got pictures from the set of Maleficent where she is filming stunts, strapped into a harness and wirework dangling from a large crane. Check out these shots below: 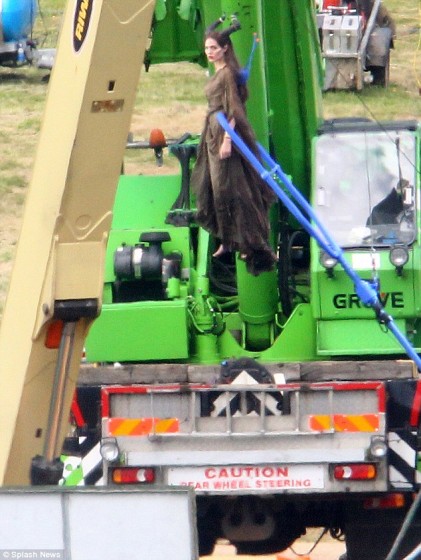 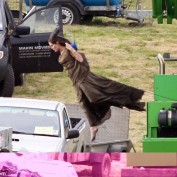 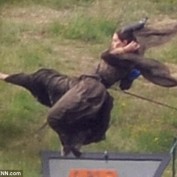 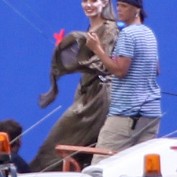 Elsewhere, on location, there is a battle scene being filmed for Maleficent: 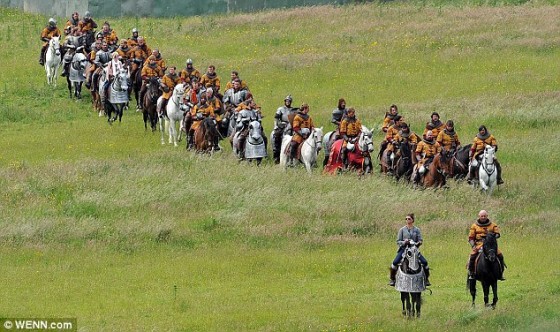 This is the untold story of Disney’s most beloved villain, Maleficent, from the 1959 classic “Sleeping Beauty.” The film reveals the events that hardened her heart and drove her to curse the baby, Aurora.