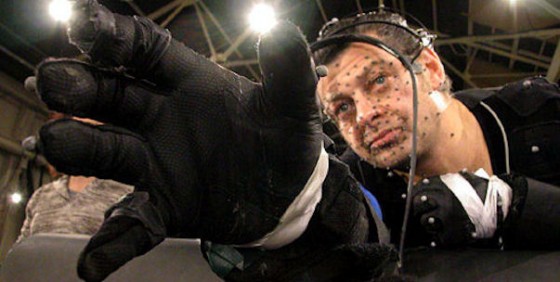 Andy Serkis has created a niche in the CGI world with his iconic roles as Caesar in the reboot of Planet of the Apes and Gollum in The Lord of the Rings and Hobbit films. Now he’s taking that technology from his Imaginarium Studios and applying it to Mark Ruffalo‘s Hulk in the Avengers: Age of Ultron.

In an interview with MTV, Andy Serkis described how he’s going to equip Ruffalo with a motion capture suit and huge speakers that can really get his voice hulked out.

The result should be an even angrier, more awesome Hulk than ever seen before — a pretty impressive feat, considering Hulk was already the breakout star of the first “Avengers” film.

But Serkis‘ involvement won’t end there. Apparently he’s also landed a role in the film that has been thrown in just for him, but if you think we’re going to get any more details than that, you’re new to the whole “you’ll have to wait and see” concept.

I can’t talk too much about the part, but we were first involved as consultants for performance capture. And then I got a great call saying, ‘We want you to play this role.’