All The Info You Need To Get CARRIE On Blu-ray, DVD and Digital Download 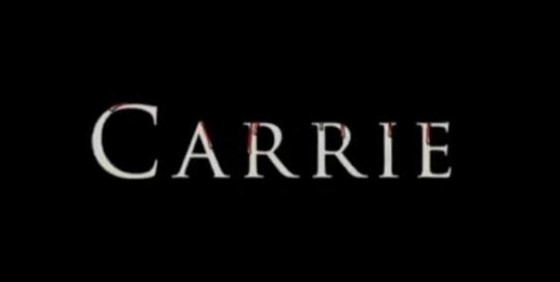 The time has come for the release of Carrie, starring Chloë Grace Moretz and Julianna Moore, on Digital HD, Blu-ray and DVD. If this is on the wish list of you or someone one you know, you’ll be able to get more ordering information at a link following the press release. Read on for all the info and special features.

YOU WILL KNOW HER NAME

Featuring the Director’s Never-Before-Seen Alternate Ending Too Shocking for Theaters! 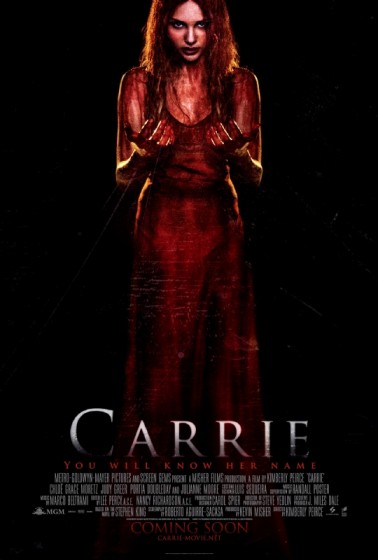 Carrie is a reimagining of the classic horror tale about Carrie White (Chloë Grace Moretz), a shy girl outcast by her peers and sheltered by her deeply religious mother (Julianne Moore), who unleashes telekinetic terror on her small town after being pushed too far at her senior prom.

Directed by Kimberly Peirce and produced by Kevin Misher, with a screenplay by Lawrence D. Cohen and Roberto Aguirre-Sacasa, the film is a production of Metro-Goldwyn-Mayer Pictures and Screen Gems and was released in theatres on October 18, 2013.

Showcasing over an hour of heart-pounding exclusive special features, the CARRIE Blu-ray includes behind-the-scenes featurettes, commentary from director Peirce, deleted and extended scenes, the hit “Telekinetic Coffee Shop Surprise” viral video and an alternate ending that is sure to keep fans on the edge of their seat!

Preorder your copy of Carrie today at Amazon!