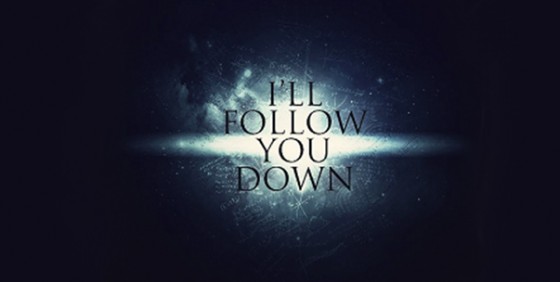 Bonus Materials include Deleted Scenes and a Making-of Featurette

PLANO, Texas. (June 23, 2014) – Academy Award® nominee Haley Joel Osment (Best Supporting Actor, The Sixth Sense, 1999), Emmy Award® winner Gillian Anderson (Outstanding Lead Actress in a Drama Series, “The X Files,” 1993), Rufus Sewell (Dark City) and Victor Garber (TV’s “Alias”) star in the sci-fi drama I’LL FOLLOW YOU DOWN, debuting on Blu-ray™ and DVD Aug. 5 from Well Go USA Entertainment. Written and directed by Richie Mehta (Siddharth), the film is a sci-fi exploration of wormholes, parallel universes, love, and the possibility of starting over. After the disappearance of an accomplished physicist (Rufus Sewell), his son Erol (Haley Joel Osment) and wife Marika (Gillian Anderson) struggle to cope. Years later, now a young scientist himself, Erol discovers a formula that could kill him, throw him into the unknown … or bring his family back together. Bonus materials include a behind-the-scenes featurette and deleted scenes.

Synopsis:
An accomplished physicist (Rufus Sewell) mysteriously disappears on a business trip. Abandoned, his wife (Gillian Anderson) and son Erol (Haley Joel Osment) struggle to cope. Years later, now a young scientist himself, Erol uncovers papers, formulas, a machine, and a mind-bending possibility. But time travel is impossible. Isn’t it? Erol’s obsession to find his father and restore his family will throw him into the unknown and possibly threaten his life. What would you do to repair the past?

I’LL FOLLOW YOU DOWN has a runtime of approximately 93 minutes and is not rated.

Academy Award® is the registered trademark and service mark of the Academy of Motion Picture Arts and Sciences.

Emmy Award® is the registered trademark and service mark of the Academy of Television Arts and Sciences.

Well Go USA, Inc. (www.wellgousa.com) is a theatrical and home entertainment distribution company that specializes in bringing top content, including the best in Asian Cinema to North America. As a leader in independent film distribution, Well Go’s titles can be seen across a variety of formats and platforms including in theaters, on DVD, Blu-ray, digital (video-on-demand, electronic sell-through and streaming) and broadcast television through cable and satellite. Since 1994, Well Go has acquired and released over 2,000 titles worldwide. In 2005, Well Go expanded its distribution to North America where five to ten titles are released monthly.