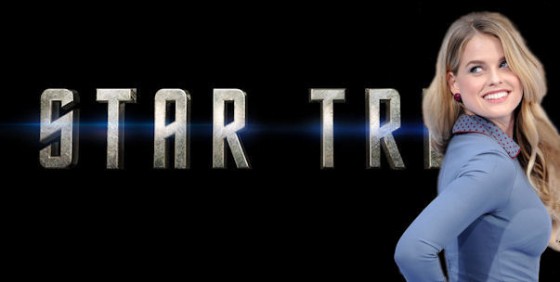 Just last month, we brought you the news about director J.J. Abrams (Super 8) being set to offer a mysterious villain role in the as yet Untitled Star Trek Sequel to actor Benicio Del Toro (Savages). It was reported that the actor had already met with Abrams, but in an effort to keep the role a secret, even he still didn’t know exactly what the role was.

Now, Variety reports that Alice Eve (The Raven, Men In Black III) has been chosen by J.J. Abrams to join the cast of the sequel, in a role that is reportedly new to Star Trek canon. Sources say that Abrams has one more major role remaining to be cast, and it’s rumored to be a older baddie who is a supporting character to Benicio Del Toro‘s villain.