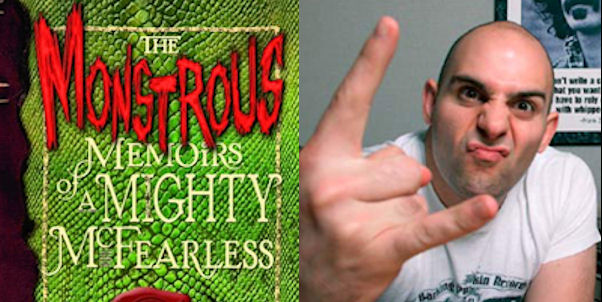 Disney has appointed Ahmet Zappa as head of its Kingdom Comics line. Zappa, a musician himself and the son of renowned musician Frank, brother Dweezil and Sisters – Moon Unit and Diva – was hired by the firm after studio execs purchased the film rights to his graphic novel Monstrous Memoirs Of A Mighty MCFearless.

“I designed MCFearless for dyslexics like myself with tons of images, to really engage the reader on every page and make the reader want to know how these images connect. I actually drew 300 monsters for that purpose.”

Zappa began writing Monstrous Memoirs Of A Mighty MCFearless when he was 12. It was published in 2006. Disney and Zappa are currently preparing a big screen adaptation based on the book.

“The Mouse (Disney) won’t let me say just yet what exactly we’ve got up our sleeves, but I can promise you… it’s gonna rock”